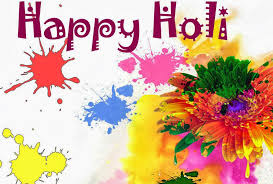 AIBSNLEA WB CIRCLE WISHES HAPPY HOLI 2018 TO ONE & ALL.

Meeting between Shri Manoj Sinha, Hon’ble Minister of State for Communications and the All Unions and Associations of BSNL

So far, the DoT has been maintaining that BSNL employees are not eligible for 3rd Pay Revision. In today’s meeting the Hon’ble Minister agreed that the issue of 3rd Pay Revision of BSNL employees would be processed and would be taken for the approval of the DPE and the Cabinet. This is a great achievement. We have broken the stalemate that prevailed in the Pay Revision issue. At the same time we have to be vigilant, till the final approval is given by the Cabinet.

During the discussions on the issue, GS AIBSNLEA raised the issue of additional increment on post based promotions under the provisions of executive promotion policy provisions which has been denounced by DoT vide letter dated 05.07.2017 and lakhs of rupees recoveries are taking place of BSNL executives and BSNL pensioners. He instantly submitted Hon’ble PB CAT judgment copy to Hon’ble MOSC (I/C) wherein the DoT order dated 05.07.2017 has been quashed. Hon’ble MOSC (I/C) immediately directed DoT administration to look into the matter.  Now, we can expect that DoT may not go for appeal against the PBCAT order in this regard after this meeting.

(5) Allotment of 4G spectrum to BSNL.

The AUAB representatives pointed out that it will be extremely difficult for BSNL to compete with the private operators, without providing 4G service. They strongly argued that the proposal of the BSNL Management, for the allotment of 4G spectrum by the Government, should be accepted. The Hon’ble Minister replied in the positive and assured that needful action would be taken.

The AUAB representatives pointed out that this issue is lingering on very long time and needs to be settled. The Hon’ble Minister stated that this issue would be looked into by the Secretary, DoT.

After the meeting with the Hon’ble Minister, a meeting of the AUAB was held in the FNTO’s office. All the General Secretaries expressed their satisfaction with regards to the progress in the issues. They also expressed the view that all these have happened only because of the united struggles and massive mobilization by the entire Non-Executives and Executives, for which they deserve appreciation.

Transfer & Posting in the grade of JAO.

Transfer & Posting in the grade of AO.

Cancellation of Transfer orders in the grade of Sr. AO/AO.

DoT withdrawn its earlier letter No. 24-1/2018-SR dated 21.02.2018 vide which latest status on the charter of demands of Unions and Associations was intimated denying all the demands.

Circle Secretary along with Circle Office Bearers & Br. Office Bearers of ETR met newly joined CGM, ETR on a courtesy visit at his chamber . We greeted him and assured to co-operate him in all the way for the development works. We presented him with Memento. He thanked us and told that he will call us later for discussion.

Memorandum of Unions & Associations of WBTC regarding Pay-cut.

TRANSFER & POSTING IN THE CADRE OF JTO.

Provisional Staying List in respect of JTOs in WBT Circle.

CS writes to the GM(HR & Admin) WBTC, regarding provisional stay list in Kolkata in the Cadre of JTO under WBTC.

CONGRATULATIONS !
Honourable CAT PB ND squashed the order of DOT dt.05.07.2017 regarding withdrawal of increment granted on Post based promotion.
Almost all the Executives of BSNL will be benefited with (avoiding reduction of)  2 to 3 increments at the time of their retirement. The retired Executives for whom increments were  withdrawn by the DOT will be restored.
Entire credit goes (ONLY) to AIBSNLEA CHQ, who has fought in the legal battle !
AIBSNLEA will continue its efforts in achieving the demands of the Executives !!
The operative portion of the Judgement is reproduced below;
In the conspectus of the discussions in the foregoing paras as well as considering the background of introduction of EPP, I am of the view that the impugned Annexure A-1 order dated 05.07.2017 is not at all legally as well as ethically justifiable. Its retention would create trust deficit between the BSNL employees and the Central Government, which is also unwarranted. Hence, I quash and set aside the impugned Annexure A-1 order dated 05.07.2017.

Guidelines for streamlining the mechanism for revival and restructuring of sick/incipient sick and weak CPSEs: General Principles and mechanism restructuring.

Transfer & Posting in the grade of JAO.

Consolidated proposal for looking after arrangement in the grade of SDE(Telecom).

All Br. Secretaries are requested to look this matter.

Provisional staying list in Kolkata in the Cadre of JTOs under WBTC.

Information of Cadre of JTOs under WBTC.

Change for option for contribution in Employees’ Pension Scheme.

Meeting with Hon’ble Minister of State for Communications:

The “All Unions and Associations of BSNL” are meeting Shri Manoj Sinha, Hon’ble Minister of State for Communications at 5:00 PM today (06.02.2018) on the issues of Wage revision, Subsidiary Tower Company, rolling back of the retirement age from 60 to 58 and revision of pension issues etc.

Job description /Key ResponsibilitieslDuties in the grade of AGM & JTO – SDE /-Sr. SDE ( being used under one cluster).