A meeting was held on 26/10/2017 at EZBC, Saltlake. Circle President, Circle Secretary attended the meeting along with circle Leaders.

Status on implementation of 3rd PRC report in BSNL:

GS discussed with concerned officers in BSNL Corporate Office and confirmed that BSNL Board in its meeting held on 24.10.2017 has cleared the BSNL’s proposal approved by the Management Committee of BSNL Board for implementation of 3rd PRC recommendations with 15% fitment benefits in BSNL. It is understood that Govt. may put an embargo on the pretext of the affordability clause of PRC report. DoT has now to take the clearance from Cabinet Secretariat / PMO for relaxation in the affordability clause. Thereafter only, the presidential orders will be issued by DoT.

In view of these developments all the Unions and Associations of BSNL agitation programme has to be implemented with 100% success to mount required pressure.

It is understood that today morning in BSNL Full Broad Meeting, the presentation on 3rd PRC implementation with 15% fitment benefits was made by Director(HR), BSNL Board, wherein it seems that the issue will get clearance  of BSNL Board.

It is also understood that BSNL Board has cleared increase on superannuation benefits from 3% to 5% and modification in SDE RR.

The confirmation on the above issues will be available after the signature of all the Board of Directors on the minutes. 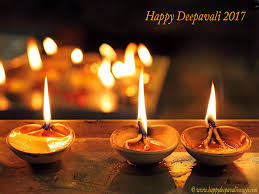 Demonstration of all Unions & Association on 16/10/2017 at Circle Office and other SSAs.

All Branch Secretaries are requested to ensure 100% participation in the proposed agitation programmes called by All Unions & Associations in BSNL.

BSNL Board Meeting held today as per the schedule wherein the implementation of 3rd PRC report in BSNL was one of the agenda item. It is understood that 3rd PRC report was discussed for one hour. Addl. Secretary (T), DoT, the Govt. nominee in the Board however, did not agree to discuss the agenda since sufficient time is not given to study the agenda.

So the matter is postponed to be discussed in the next Board meeting scheduled to be held after Diwali tentatively 23rd or 24th October 2017. It seems that Addl. Secretary (T), DoT, the Govt. nominee in the Board is not in the favour of implementation of 3rd PRC report in BSNL.

In view of that all the BSNL Unions and Associations should mobilize the organization action programs to impress upon the Govt. for 3rd PRC implementation in BSNL. All the  District Secretaries are requested to ensure 100% participation in the proposed agitation programmes of All Union & Associations of BSNL.

All Associations/Unions served a notice to the Secretary  DOT and CMD BSNL.

Meeting of Nomination and Remuneration Committee (NRC) of BSNL Board held today:-

The Nomination and Remuneration Committee (NRC) of BSNL Board held today to discuss and give the comments on implementation of 3rd PRC with 15% fitment benefit in BSNL and increase in superannuation benefit contribution from 3% to 5% for BSNL recruited employees.

It is understood that NRC after detailed discussions considered the pleading of Director (HR) BSNL Board on 3rd PRC implementation with 15% fitment benefit in BSNL and also to increase superannuation benefit from 3% to 5% to BSNL recruited employees.

Now the NRC report will be put up to the full BSNL Board meeting which is being held tomorrow morning at 10.00 Hrs. for considering and further submission to the (DOT) Administrative Ministry for the issuance of Presidential Directives with the concurrence of internal finance of DOT. It seems that till date the issues are in right direction.

A General Body Meeting of Kharagpur Branch will be held on 12.10.2017 at  Conference Room, GMT Office,Kharagpur.

CS writes to the CGM WBTC, regarding objection against unauthorized construction of wall by Postal Authority in the passage of CTO & TCO Building Kolkata.

Circle Body congratulate to all the Branch Secretaries and beloved members of West Bengal for successful implementation of Agitational Programme called by AIBSNLEA, CHQ on 04/10/2017.

C.S. along with Circle Office Bearers handed over the Memorandum to CGM, WBTC & CGM, ETR.

Branch Secretary, ETP handed over the Memorandum to CGM, ETP.

Be ready for big fight ahead to achieve our goal.

C.S. along with ACS (ETR) and Branch Secretary, ETR met G.M.(HQ), ETR and discussed regarding misbehaviour of AGM(Admn), ETR, Kolkata with the Executives of ETR, Siliguri. G.M.(HQ) assured that he will look into the matter and the problem will be sorted out at the earliest.

Meeting of all the BSNL Unions and Associations at New Delhi:

All BSNL Unions and Associations in the meeting held yesterday morning at New Delhi has unanimously decided to organize protest action or the implementation of 3rd PRC with 15% fitment benefit. Settlement of left out issues related to 2nd PRC and against creation of BSNL’s Tower Subsidiary.

The following agitation Programmes have been decided:

3. Two days strike on 12th and 13th December 2017 and even then the issues are not resolved the indefinite strike will be organized till the time demands are settled. The notice to the Management will be served on 10-10-2017 after the signature of all the General Secretaries of BSNL Unions/Associations.

Organizational Action Programme for implementation of 3rd PRC with 15% fitment in BSNL -Candle March on 04th October 2017 at New Delhi:

4.   Bharatiya Telecom Employees Union (BSNL) affiliated to the Bharatiya Mazdoor Sangh        extends total support to the agitation programme notified by AIBSNLEA for implementation of the 3 PRC in BSNL.

5.    It is understood that NUBSNLW (FNTO) has agreed and support the agitation call given by AIBSNLEA on 04.10.2017. The web publication on their website as mentioned below:

20-09-2017:-Having regard to the request of General Secretary AIBSNLEA the NUBSNLW (FNTO) agree and support the Agitation call on 4th October-2017 Call given by AIBSNLEA in connection with delay in approval of 3rd PRC by DoT/BSNL Board as it is a common demand/ important for the BSNL Executives and Non-Executives.

Wish a very happy & prosperous retired life to the executives retiring on 31-01-2020.